Kawanhee is fortunate for having several great hikes within a 15-minute drive of camp.  In fact, the Appalachian Mountain Club’s authoritative Guide to Maine Mountains dedicates one of its seven chapters to mountains located in Weld, Kawanhee’s home.

At the head of Lake Webb rise the several peaks of Tumbledown, Little Jackson, Big Jackson, and Blueberry Mountains.  Of these, Tumbledown is best known. It features several trails of varying degrees of difficulty, a strikingly steep and iconic profile and a stunning pond, suitable for swimming and fishing, near the summit.  Kawanhee hikers regularly meet groups from other summer camps who have travelled hours to experience what is widely regarded as one of Maine’s most gratifying day hikes.

This is a favorite of younger campers who are tackling their first serious summit, as well as older guys training for more difficult treks later in the season.  The summit affords great views of Lake Webb and the Tumbledown Range from the East.

One of Maine’s state parks and the local high school are named after this mountain, located about fifteen minutes from camp.  Until the 1960’s, the summit was home to a fire look-out staffed by the Maine Forest Service. These days, the look-out’s cabin is gone, replaced by a sturdy tower that affords fantastic 360-degree views.

There is no trip in New England that surpasses the one to Mt. Katahdin, Maine’s highest mountain, and declared by experienced mountain climbers the most spectacular and beautiful elevation east of the Rockies. Thrusting its spruce-clad slopes and rocky summit a mile into the clouds, this giant of the East is the first spot in the United States to greet the morning sun.  Katahdin is typically a four-day trip, with three nights of camping in Baxter State Park.

We always have some hardy souls who want to test their mettle by spending a few days on the Appalachian Trail, covering dozens of miles and several summits bearing their gear on their backs.  The Mahoosucs or the Bigelow Range are among the A.T. destinations Kawanhee trekkers have done in recent summers. 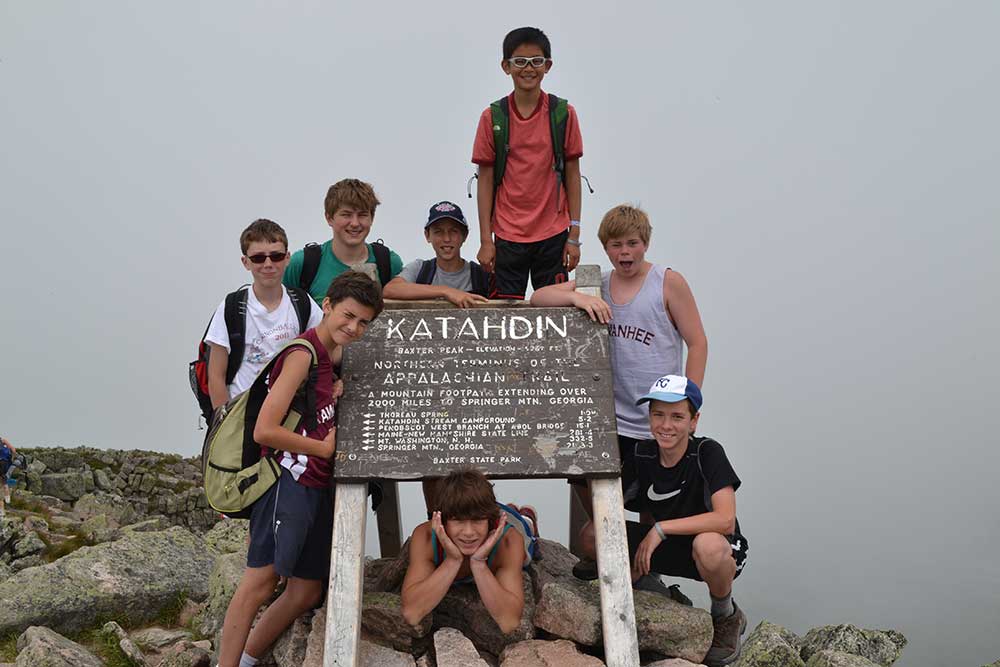 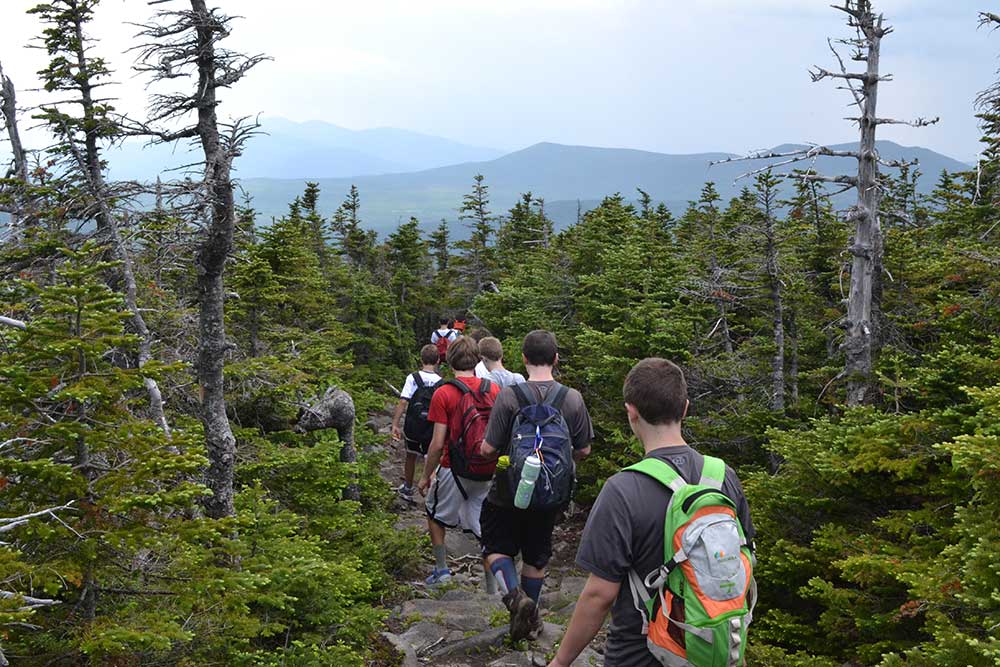 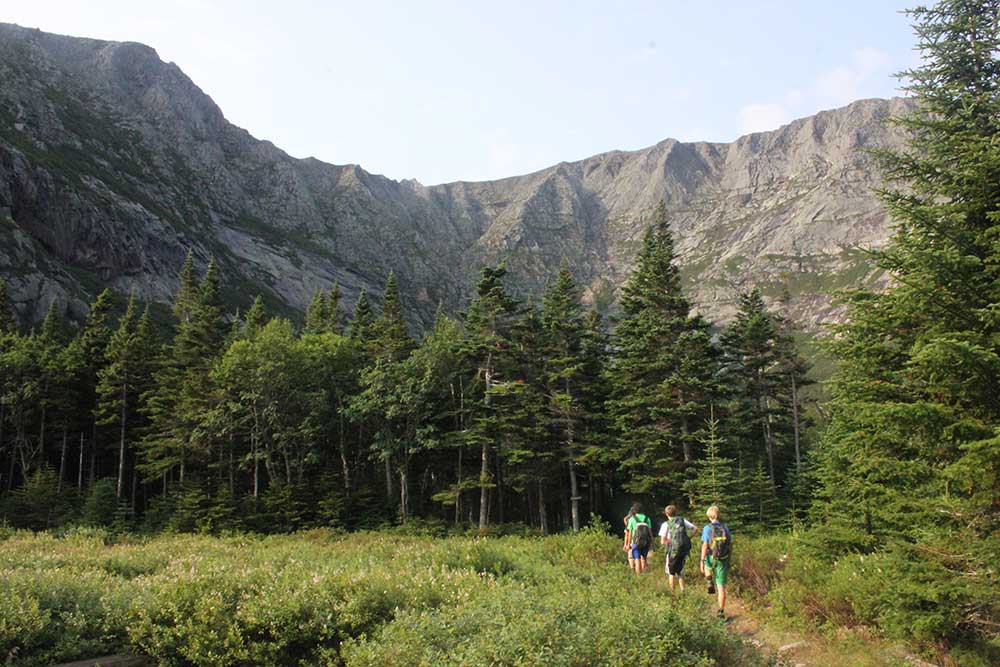 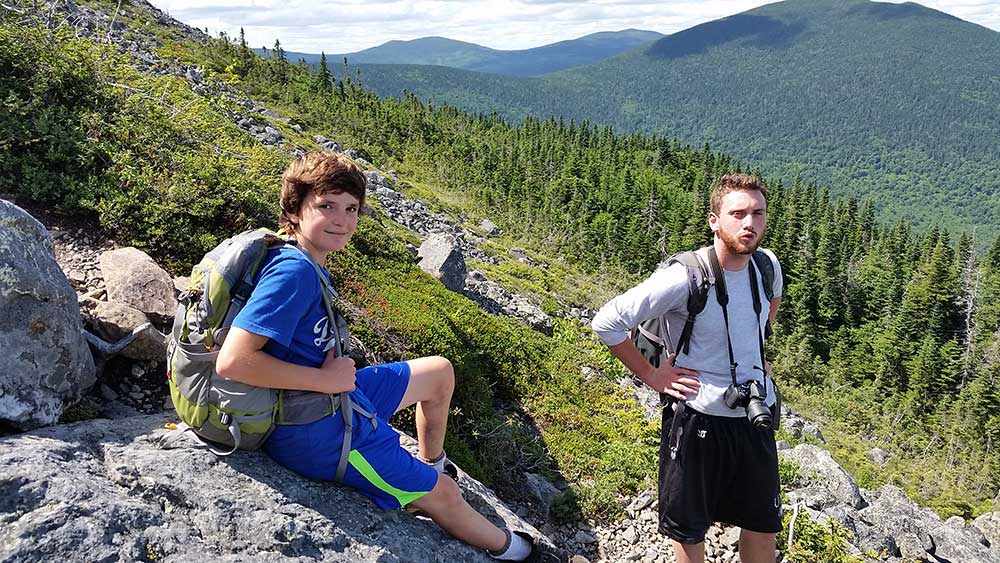 Maine’s primary drainages include the Androscoggin, the Kennebec and the Penobscot, all of which flow to the Atlantic. We paddle all of these, along with the Allagash and the St. Croix.

The Androscoggin and Kennebec Rivers are long waterways offering a variety of paddling conditions, including intermittent Class 1 and Class 2 rapids, a perfect environment for practicing basic whitwater canoeing and kayaking skills.  Each summer we also run rafting trips to the Kennebec Gorge, one of the best-known whitewater destinations in the East.  We contract with a professional rafting outfitter that provides guides to help us navigate the Gorge’s Class 3, 4 and 5 rapids. 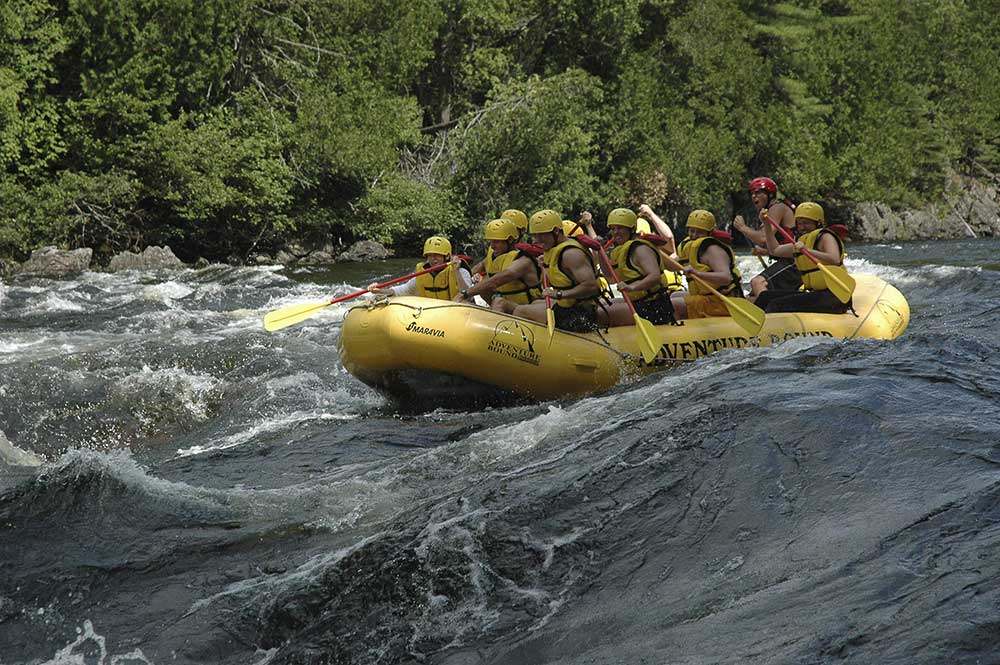 The storied Allagash introduces Kawanhee paddlers to the Maine North Woods, the most remote and unspoiled expanse of land east of the Mississippi River. Through this dense wilderness snakes a storied river long known as a coveted destination for expedition canoeing. Our older boys, participants in the Leadership Training Program, will canoe approximately fifty miles over the course of five days, stopping each evening to set up camp, prepare a fire and cook dinner on the riverbank. Moose, bald eagles, beaver and other wildlife are abundant. This is one of those trips that create lifelong memories and, in many cases, lifelong friends.

This is a canoe trip of several days’ duration that traces the border between eastern Maine and the western border of New Brunswick, Canada. Like the Allagash, it is a challenging river trip offered to our older campers. The river features intermittent rapids and remote campsites along the riverbanks.

The West Branch of the Penobscot

This is the wilderness river made famous by Henry David Thoreau in the 19th century. In the company of a Native American guide, Thoreau travelled up the West Branch on his way to Katahdin, Maine’s highest peak. Kawanhee’s paddlers trace the same route for three days, enjoying the stunning scenery and idyllic campsites. Lobster Lake, one of Maine’s most beautiful bodies of water, can be accessed from the West Branch and offers a great place to spend the night. The West Branch is an ideal river for poling. 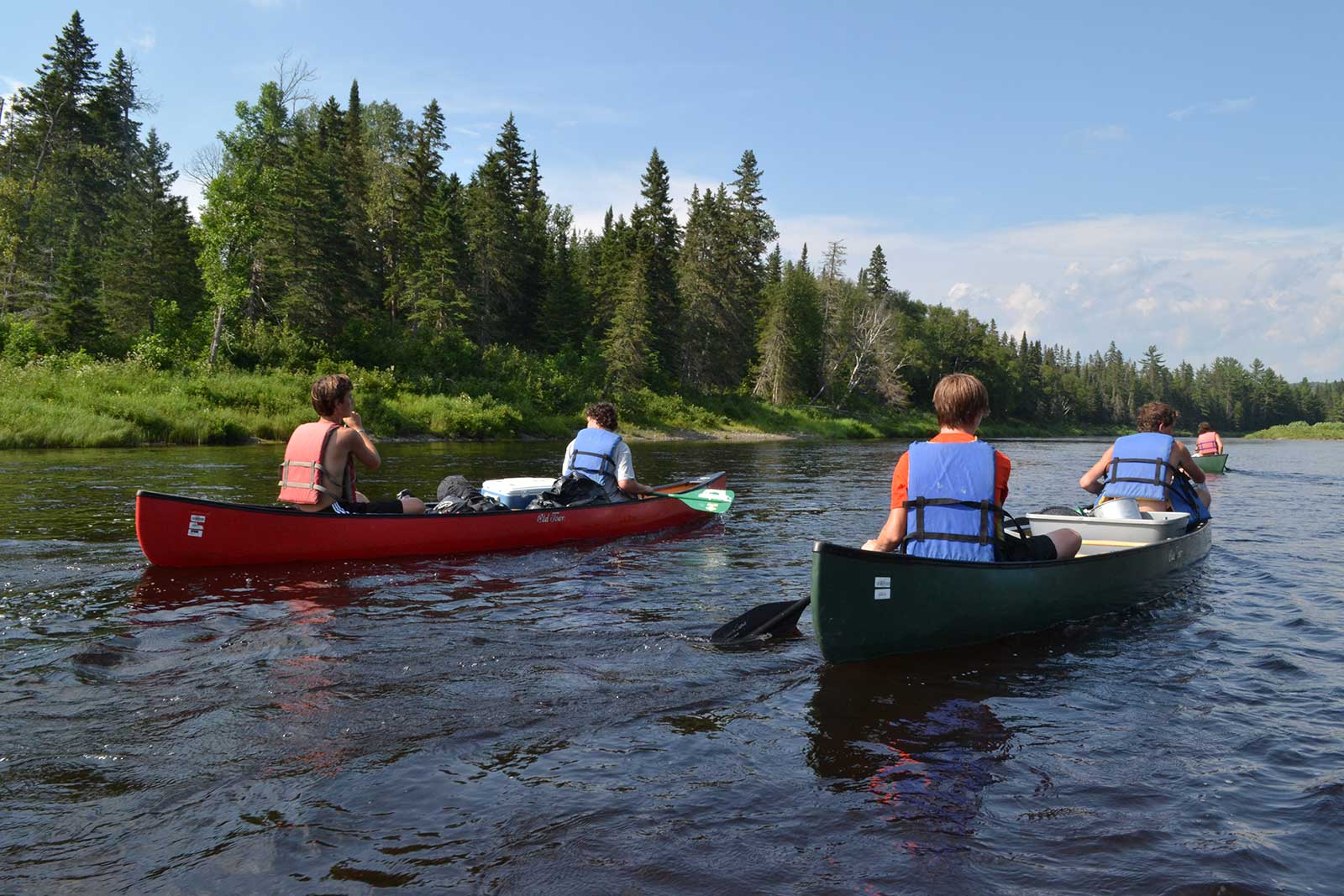 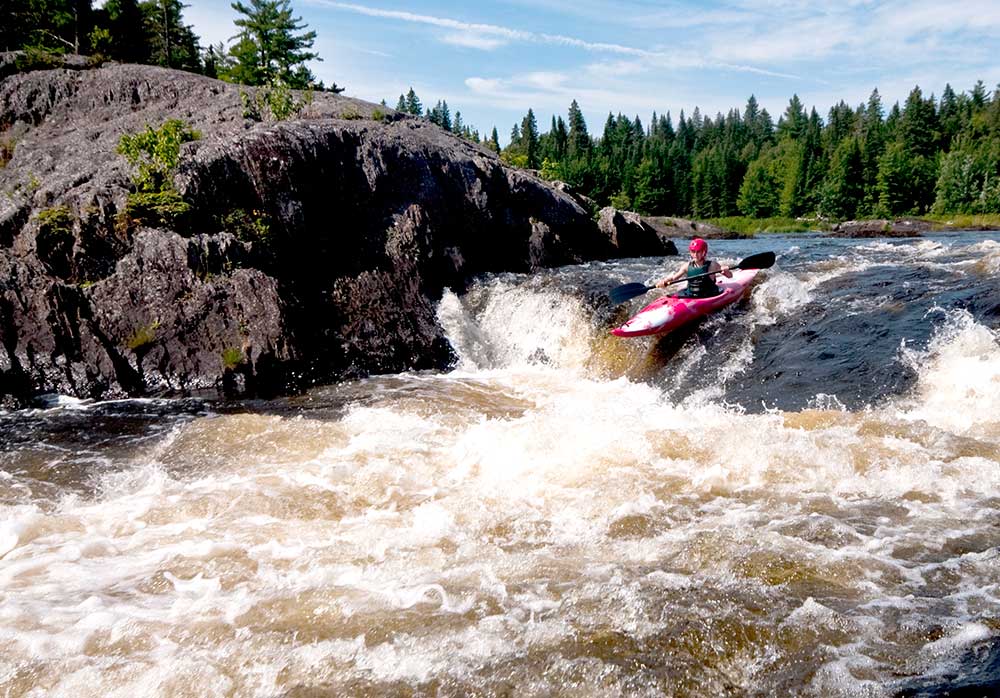 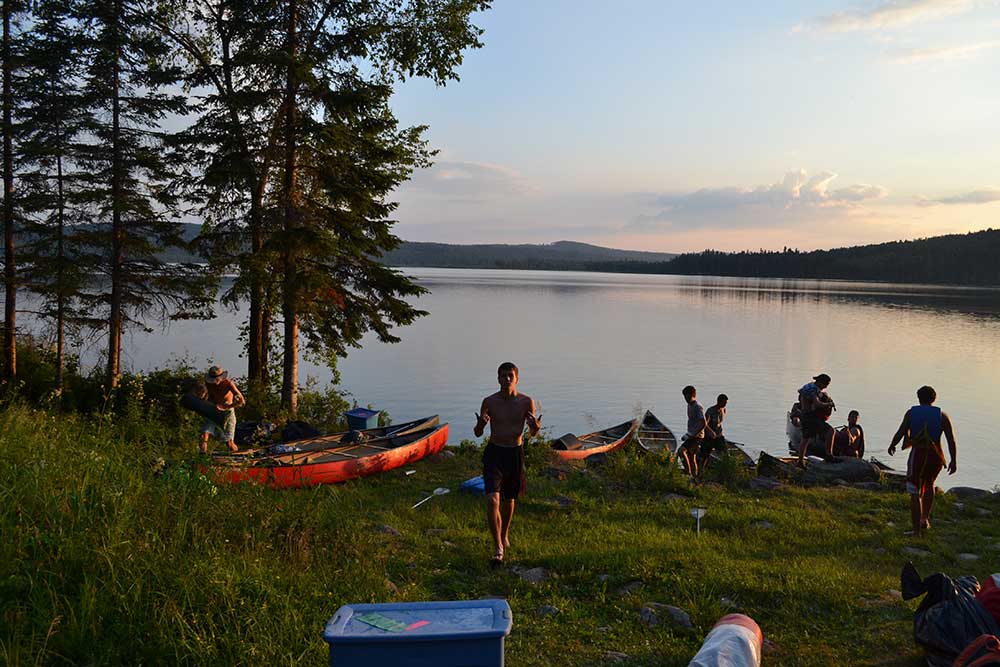 The three-day excursion to Monhegan Island, a picturesque fishing and arts community twelve miles off the coast, is the most popular trip we offer and is open to boys of all ages.  Given our long history with Monhegan (almost 70 years), Kawanhee is privileged to be the only island visitors permitted to camp in the island’s public spaces. Several generations of campers have fond memories of hiking the perimeter of the island, taking-in the dramatic cliffs, bluffs and crashing surf, visiting the shipwreck, flying kites and playing horseshoes.  Years later, they recall their own particular images of this special place. They may include the late-day sun’s soft reflection off the Atlantic, the briny breeze of a Monhegan night, the accumulated heat of our tents, the rhythmic sweep of the lighthouse beacon, the warmly lit windows of the cottages below, the exhilaration of diving from the town wharf into the bracing Atlantic or catching a cod or other groundfish, and on and on. 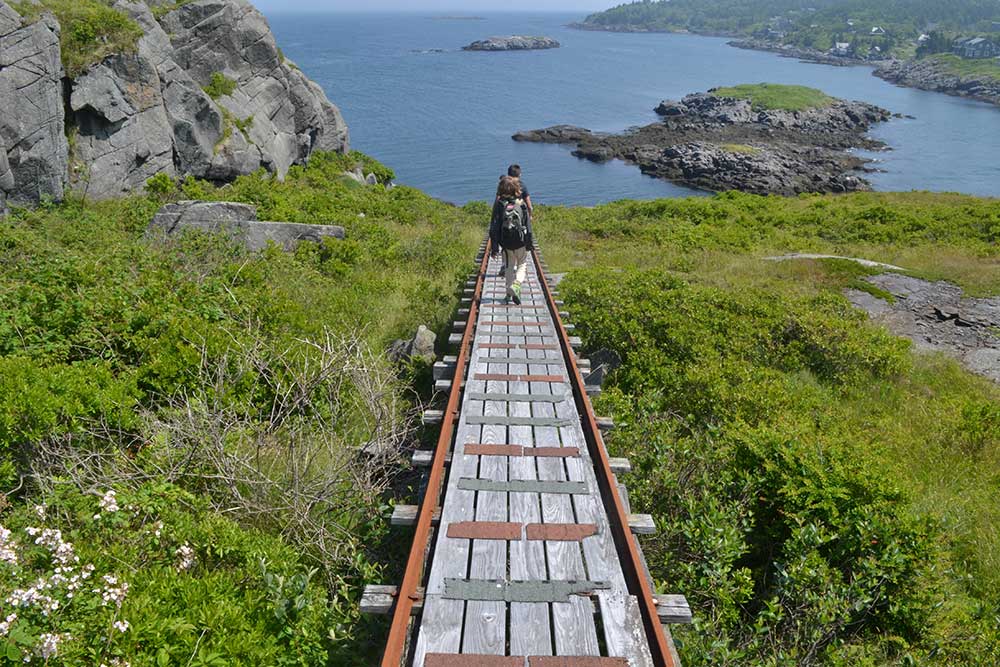 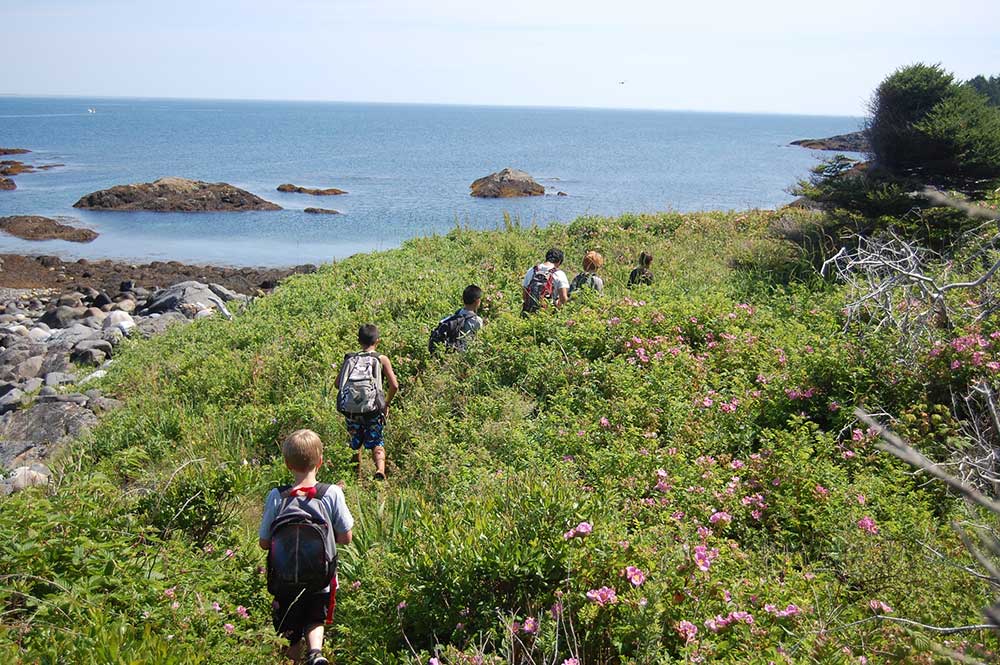 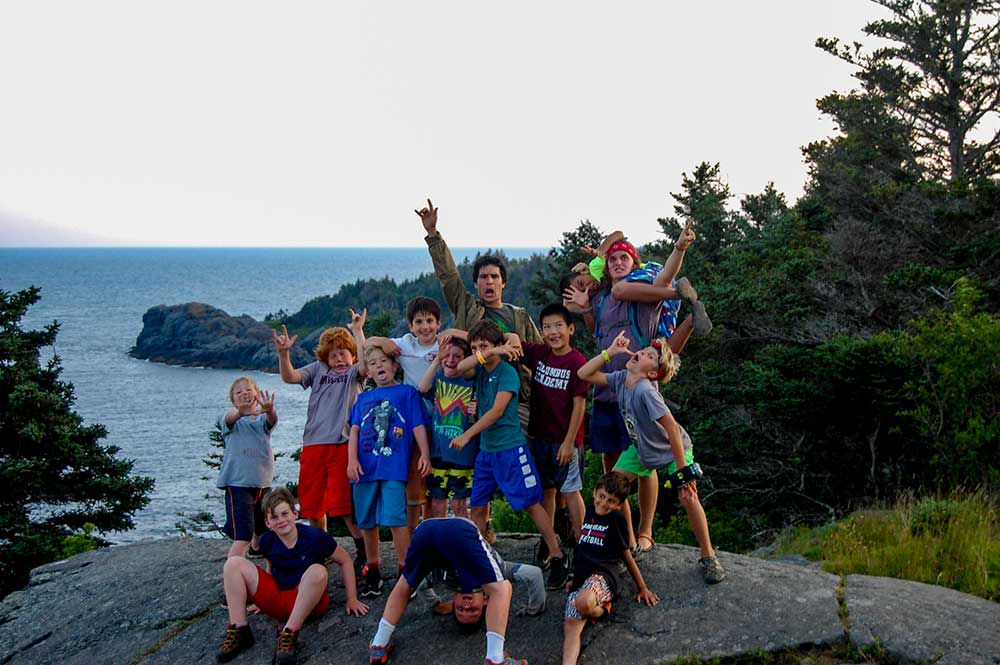 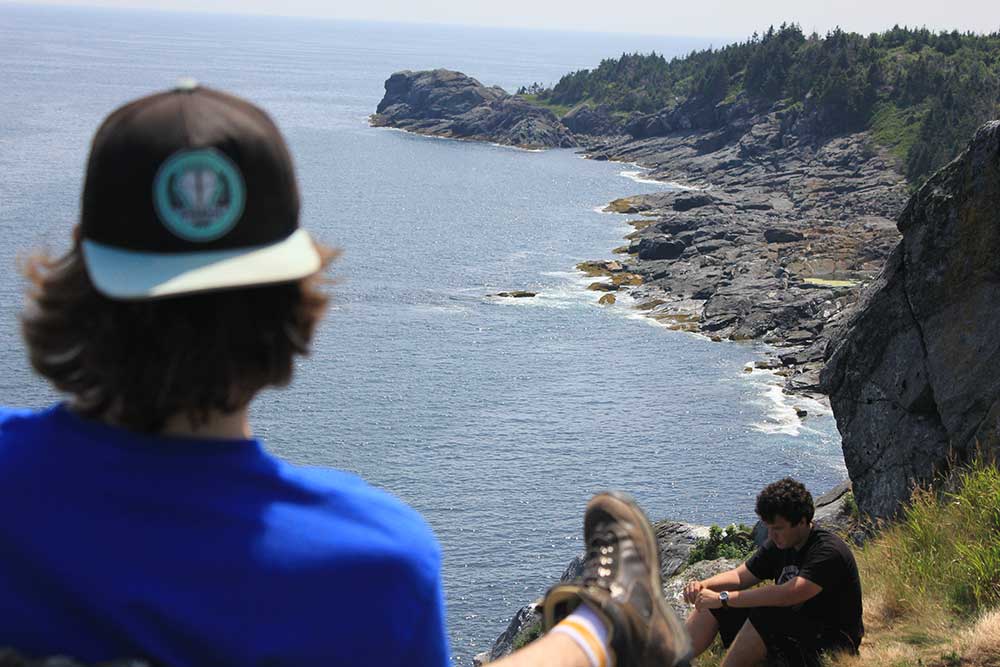